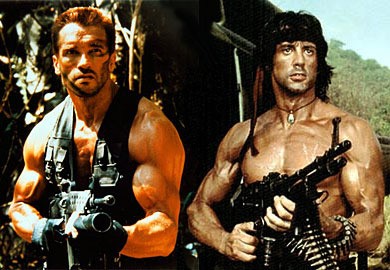 The androgen anabolic steroids (AAS) along with growth hormone (somatropin) can become the elixir of youth, when we use them sensibly, wisely, in moderation and sparingly.
The joints hurt less, the muscles get toned resulting in the decrease of the belly fat, the skin becomes more flexible, self-confidence increases and libido improves.
Bones get stronger, injures heal faster.
Rejuvenation is achieved by growth hormone somatropin.
However, as there is always a flip side to every coin, irrational use and years of abuse can be fatal, sort of a time bomb.
Hepatocellular carcinoma, acute renal failure, prostate tumor, psychotic behaviors, bipolar disorder, acne, infertility, sleep apnea, heart enlargement, hypertension, diabetes, carpal tunnel syndrome are some of the complications.
AAS were not manufactured by physicians for athletes.
Their purpose was to treat certain diseases and syndromes under specific dosages.
However, coaches and athletes took advantage of their collateral effects related to athletic performance and abused them extensively (10x times more).
If an athlete is into bodybuilding and wishes for longevity, he also needs to remain healthy.
And this does not reflect only on the musculoskeletal lesions and injuries, but also in the well functioning of the internal organs and their metabolism.
This directly implies the lifestyle, the avoidance of harmful habits and using common sense.
For example, one cannot use drugs that stress heart’s function while on a steroid cycle, nor consume alcoholic beverages lashing even more the already stressed liver.
But also someone who is hospitalized or under medical supervision, has to listen carefully to his doctor’s advice.
Common sense dictates the sense of self-preservation, which in simple words means that one should not commit suicide.
One of the reasons why chronic steroids users remain addicted is the fact that, apart from the dramatic improvement of their appearance (muscularity increase, subcutaneous fat reduction, muscle strength, physical strength), steroids affect mental sphere and emotional status.
Soon after stopping their use, there are immediate symptoms such as depression, musculoskeletal pain, decline of physical performance, sarcopenia, libido reduction, belly fat increase.
Therefore, steroids users soon resort to new cycles that actually perpetuate the existing problem and create a vicious cycle in the whole issue.
New drug combinations, larger doses, longer treatments are the alternative “solutions”.
The addiction to psychoactive substances like caffeine, amphetamine, ephedrine HCL act on the mental sphere and linked to euphoria (well being state), along with performance enhancing properties (analgesia, thermogenesis, mental focus, cognition).
Therefore, it is obvious that all these substances become very addictive.
AAS are literally the narcotics of sports, in case their use becomes uncontrolled, without medical monitoring.
AAS, growth factors and stimulants are potentially considered as a public health issue.
Personally, I do strongly believe that this issue is likely multifactorial.
Firstly, it is undeniable that these drugs are highly effective and definitely work; they improve dramatically performance and body image.
Secondly, the social standards in our modern era dictate the masculine sculpted physique.
An ‘’alpha male’’ consists of broad shoulders, strong arms, massive thighs, a herculean chest, with a tight midsection.
This was even illustrated in action films.
We can observe the dramatic shift of action heroes from the 50s era to the 80s; in other words, the transition from Steve Reeves and Kirk Douglas to Arnold Schwarzenegger and Sylvester Stallone.
There was an interesting study, conducted at Harvard University, by Harrison Pope MD.
Individuals who had made heavy and extensive abuse of AAS/PEDs, had the tendency to avoid pleasant social activities, like swimming, sports where they could take their shirts off, simply because they had very high standards for themselves.
In other words, they had to be perfectly fit, in order to reveal their physique.
The same athletes had also the syndrome of bulking-mania, or muscle dysmorphia.
This whole narcissistic mentality, is also named as ‘’Adonis complex’’.
That is an excessive dedication that resembles of an obsession with their body image and the way others look at them.
The concept of physical deformity refers to the fact that a bodybuilder, although he is huge, he is never satisfied because of his insecurity.
Essentially, this is the diametrically opposite mental disorder of anorexia nervosa.