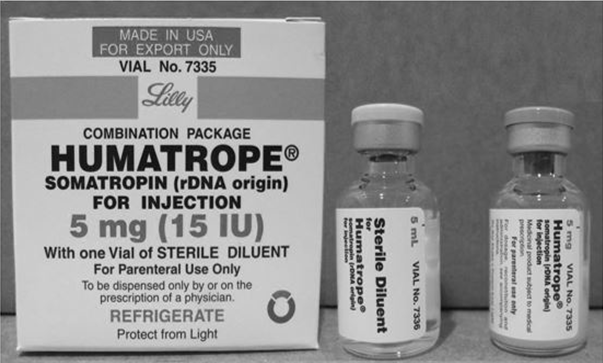 Growth Hormone (HGH) is a polypeptide composed of hundreds of amino acids (191).
It is produced in infancy and adolescence by the anterior pituitary gland (adenohypophysis).
The synthetic form of HGH is produced in the laboratory by the method of recombinant DNA from E.Coli.
Until 1985, GH treatment using human pituitary growth hormones extracted from deceased individuals or chimpanzees had a significant risk of transmission bovine spongiform encephalopathy (Creutzfeld Jakob disease).
The agents that promote hGH secretion are:
1)  fasting (low insulin – high glucagon),
2)  L- arginine, L-ornithine, lysine, clonidine, L-Dopa,
3)  multi-joint free-weight exercises such as dead lifts, squats and night sleep 11pm-7am,
4)  lactate production during anaerobic activity.
HGH is also released during the REM (rapid eye movement) phase of night sleep (11pm-7am).
Somatotropin acts synergistically with testosterone, insulin, thyroxin and high caloric diets, while estrogens inhibit its action.
The cells that constitute the 191 amino acids are activated by GHRH peptide in hypothalamus.
HGH in puberty has the ability   to regenerate all cells and promote tissue growth, through hyperplasia.
However in adults, hypertrophic phenomena occur instead.
Somatotropin’s hypertrophic effect is stimulated by somatomedin C (insulin growth factor or IGF-1), a hormone homologous to proinsulin.
All organs seem to respond to it, except those that are in closed cavities and their expansion is impossible (eyeballs, brain).
All visceral organs though, including soft tissues (lips, ears, tongue, gums) are overfed because of the remodeling – proliferation of cells (mitotic cellular divisions).
Epidermis (skin) also gets thicker, while tendons, joints, articular capsules, cartilage are regenerated by the connective tissue collagen synthesis (chondroblastic activity).
Effect on myocardial growth is evident, leading after chronic abuse to cardiomegaly, increased rate of cardiovascular disease and progressive heart failure. 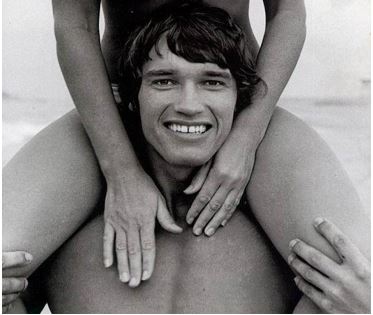 Muscle hypertrophy caused by the use of HGH, implies the hyperplasia of all tissues.
The elbows and the chin protrude, the forehead grows, the jaw widens (dentures – braces), hands and feet grow as well. It is the characteristic acromegaly after the end of puberty.

r- hGH’s huge benefits involve anti-aging at low doses (2 i.u. daily) and the mobilization of fat, at double dose (4 i.e.), while at doses of 8-16 i.e., is an excellent muscle growth agent.
It contributes to positive nitrogen balance, by the entry of amino acids into muscle cell, while it has an adverse effect on insulin.
Therefore, it releases glucose in the circulation and free fatty acids, contributing to the lipolysis of the subcutaneous tissue, which antagonizes the effect of insulin.
The indicated doses per kg of body weight concern only young children with hypopituitarism- dwarfism.
In every product, quantities are measured in mg.
The ratio between mg and international units (i.u.) is 1/3.
Therefore, 12mg of pharmaceutical recombinant somatropin is substantially 36 i.e.
The leading pharmaceutical growth hormones are Saizen, Genotropin, Norditropin, Serostim, and Humatrope.
HGH has a half life of 30’, while the peak of its action reaches at 120’.
Within 36 hours, the metabolic activity is ceased.
When it is administrated before sleep, we sabotage its natural secretion during the REM stage.
It is better to be administrated twice a day, in the morning on a fasted state and post training.
The ideal time to use r-hGH, is when the stomach is empty and hunger is present (low insulin – high glucagon).
After the use of r-hGH, one should not consume carbohydrates for at least half an hour, as long as the half life of HGH exists.
Otherwise, the insulin release from pancreas will hinder its metabolic activity.
In other words, using r-hGH requires hunger and not carbohydrates.
This is possible with the morning uprising, when the serum glucose levels are low.
Its subcutaneous use extends the absorption by one hour compared to the intramuscular which gets instantly absorbed, as it enters directly into the blood stream.
However, we diminish the local fat oxidation effect.

Measuring IGF-1 & IGF1-BP3 are methods in order to verify r-hGH authenticity.
With the exogenous use of the hGH, the liver releases the C peptide.
The measuring of the IGF-1 should be made in half an hour (half-life).
Normally, we should observe hyperglycemia, as HGH releases glucose in circulation from liver.
The pain in the bones and joints is evidence that the effect is active.

HGH tends to reduce the natural production of thyroxin.
As a result of it, it is advised to be combined with the smallest dose of T4 (25mg thyroxin), as long as the treatment lasts.
Chronic abuse of somatotropin causes hypothyroidism (increase of the TSH -thyroid stimulating hormone).
Hypothyroidism also appears in the form of nodular goiter in patients with pituitary adenoma, acromegaly and gigantism.
In other words, a patient with anterior pituitary adenoma has similar symptoms to a chronic r-hGH abuser.
Apparently, administration of T4 is necessary in both cases.
In pituitary adenoma and gigantism, nodular goiter, abnormal glucose tolerance and diabetes mellitus type II (DM2) may coexist.
GH increases insulin resistance and consequently insulin action is reduced in both hepatic (glycogenolysis in the liver) and extrahepatic tissues.
So the incidence of DM2 can be explained by the direct hyperglycaemic effects of excess HGH.
As a counterweight, a small dose of insulin could be administrated.
Other common symptoms that are observed along with r-hGH abuse and pituitary adenoma are acromegaly and arthritis.
The latter is due to the friction of long bones epiphysis, as they grow.
Tibia and femur are the sites of epiphyseal plates from where a teenager grows.
Bones that are also affected are humerus (brachium), radius and ulna (forearm) and the bones of wrist and ankle.
The braces that some athletes wear on their teeth, suggested the deformation of   upper jaw and the thinning of front teeth, due to r-hGH use.
We often hear about athletes getting injured by the infamous “fatigue fractures”.
These take place, as a result of chronic abuse of somatotropin.
The explanation is that, growing muscles that are overgrown in long bones, such as tibia or fibula, pull the bones.
Consequently, periosteum of bones cracks, since it can’t stand the forced pressure.
This is something that occurs, in combination with AAS abuse and repeated cushions (long jump, triple jump and high jump).
The carpal tunnel syndrome is another side effect.
The wrist tendons get thicker due to fluid retention, which causes compression phenomena in the median nerve. Numbing of thumb and hand is a typical clinical syndrome. It can be treated surgically, by the incision and decompression of the carpal ligament. 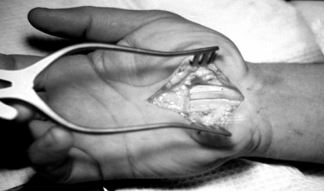 Chronic abuse of somatotropin has been implicated in neoplastic lesions, leukemia in particular.
This happens because with doses >8 iu/24h, there is a release of IGF-1 from the liver.
The fundamental basis of tumor growth and carcinogenesis is the excessive proliferation of cells.
HGH may stimulate tumor genes that undergo mutations and in combination with other factors, could lead to tumor genesis.
Those, who have a family history of cancer, should firstly check their tumor markers (CEA, CA, 19-9, AFP).
That is the reason why large doses of somatotropin lead to tissue and muscle development, though the growth factor of insulin.
In contrast, smaller doses <4 iu/24h, deal with lipolysis in particular.
Over time, somatotropin users develop thickening of the upper airways (pharynx, larynx and glottis), resulting in partial obstruction and creation of   sleep apnea
This is accompanied by snoring and awakening during sleep.
This is reinforced by the cervical muscles overdeveloped.
Subject often complains for waking up with headache, poor concentration and memory, dysthymia-moodiness, derived from hypercapnia (CO2 elevation).
This is the result of hypoventilation and low oxygenation in brain.
Super heavy weight bodybuilders and strongmen, have developed a neck girth (> 40cm).
The majority of them show the effect of obstructive sleep apnea, during which they snore in their sleep and wake up violently-abruptly.
This phenomenon is due to the fact that the pharynx-upper respiratory tract has undergone hypertrophy from:
1)  development of soft tissues, by r-hGH abuse
2)  the strong muscular development of the cervical (trapezoid) and side cervical muscles          (sternocleidomastoids).
Moreover, epiglottis relaxes during bedtime, due to the action of parasympathetic nervous system, thus resulting in that phenomenon.
Other drugs, such as clonidine (against hypertension) and L-Dopa (against Parkinson’s disease), are speculated to promote natural somatotropin’s production by the anterior pituitary.

It is quite common the image of bodybuilding champions with a great protrusion of the abdomen. 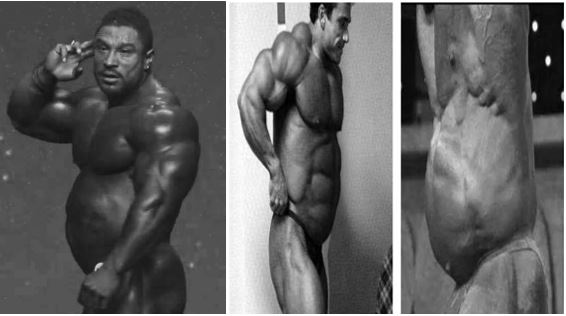 There are several mechanisms that cause this phenomenon:

This actually takes place under higher doses of somatropin (>8iu/day).
Viscera (stomach, small and large intestine, kidney) have a large number of receptors IGF-1, which will lead to them inflating.
This effect is not immediate, it depends on the dose and time, therefore the abuse of r-hGH for an extended period of time creates the extrusion of the abdomen.

2.  Accumulation of visceral fat occurs between the organs of the abdomen and the omentum.                          Greater and lesser omentum are layers of peritoneum surrounding the viscera and their vessels,
nerves.

Omentum creates bends and sinuses between the abdominal organs (peritoneal cavity).
The accumulation of fat happens mainly because of the lipogenesis (fat storage) induced by the use of insulin that is administrated synergistically with the HGH.
Both act synergistically and the regulate glucose metabolism.
Since somatotropin raises serum glucose (through gluconeogenesis in liver) and insulin lowers serum glucose (and activate glycogen synthase enzyme in liver), they apparently have opposite effects on the metabolism of carbohydrates.
Therefore, HGH causes hyperglycemia and the release of hepatic glycogen in blood.
On the other hand, insulin leads to hypoglycemia and enhances formation of liver and muscle glycogen.
Insulin resistance is the decrease in body’s ability to respond properly to the metabolism of insulin and glucose, leading to a vicious circle of hyperglycemia, hyperinsulinemia and eventually the establishment of DM2 (non insulin dependent).
As it is known, the chronic use of r-hGH decreases insulin sensitivity, resulting in a growing need of insulin that eventually will exceed the body’s ability to properly regulate it.
On that case, drugs reducing insulin resistance are required (metformin).
Chromium picolinate, alpha lipoic acid and vanadyl sulphate are among the supplements that improve insulin sensitivity.
While the lipolytic-fat burning action of growth hormone is generally strong enough to counteract the negative effects of insulin resistance in the fatty subcutaneous cells, it does not have the same positive effect on the visceral fat depots.
The extent, to which the combination of HGH and insulin will lead to abdominal distension, differs from person to person.
Factors such as the type of diet, the cardiovascular exercise, the frequency of weight lifting, the type of insulin used and the supplements can affect the sensitivity and therefore the likelihood of developing visceral fat.

This water retention occurs not only in the subcutaneous, but on the whole body as well, which is why many people hold water in the abdomen after the injection, especially with the regular use of insulin.

Therefore, the larger amounts of food consumed, the more difficult the digestion is, resulting in the distention of the intestine.

This change disrupts the normal bowel function and causes constipation, overproduction of gas and distension of the intestine.
The use of lactobacillus as a supplement could be of great value.

In order to facilitate the digestion and assimilation of the gastrointestinal tract, it is necessary to consume vegetables and fruit that are rich in fiber every day, since that facilitates the intestinal peristalsis, prevents constipation and bowel distension.