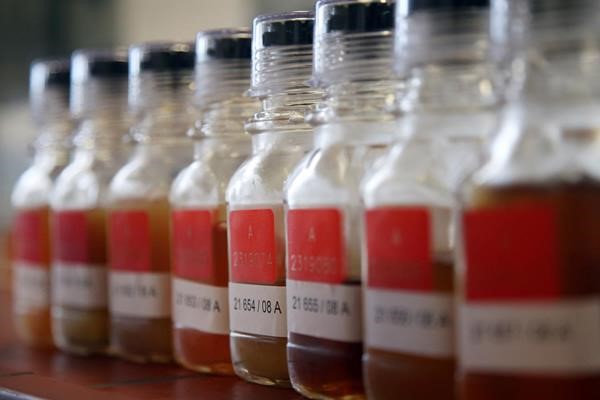 Doping at the Olympic Games will always be a step ahead of the anti-doping control, despite the large amounts of money invested by the IOC, trying to fight it. Nevertheless I do firmly believe that performance improvement is a result of the evolution of technology, expertise and coaching. The viewers-spectators would not fill the stadiums, nor pay for expensive tickets, if they were to watch poor performances. Consequently, the sponsors would not offer big contracts-motives to the athletes. Therefore, everything comes under and is a product of commercialization.

The concept of doping is reduced to science, where talent combined with hard work, can break records. Surprisingly, when they asked a hundred American athletes if they would use doping in order to win an Olympic gold medal. At the same time, they informed them that five years later they would pass away, as a result of health complications and   side effects of the drugs. Surprisingly, 55% responded positively, that they would use it. This indicates that, the motive of vanity and ephemeral glorious life is indeed big.

As someone once said, it is better to live 50 years as a tiger, than live 100 as a lamb. The issue starts from the audience, and whether they want to watch supreme performances, smashing world records, or go back to the olive clone and the spirit of Baron Pierre de Coubertin “participation is more important than victory”.

Years ago, Stavros Hatzos MD, who practices in sport medicine, wrote in his book about doping:  “Doping gives you credit, while narcotics discredit you. The Olympic medalist meets the President, in the salons, while the drug addict is dying helpless in the streets. The champion is highly paid, while the drug user is starving to death. However, while doping, which is a must for the commercialized highly competitive championships, is reprehensible and despicable, narcotics are still popular among parties of the high VIP society’’.  Contradictory phenomena of a hypocritical society that weighs situations with different standards.

Once the bitter, but authoritative sports journalist Philip Syrigos (RIP) stated the following paradox thing: “it shouldn’t be just the athletes who go up the podium anymore, but the doctors with the syringes and the pills they provided them with.”  It was a radical statement, partly true.

But as in any sport – mainly individual – we should not overlook the factors of talent and hard work-dedication. And finally, as the Olympic spirit ended up being, the athletes are pushed to always strive for more (faster, higher, stronger), who in fact are the victims of a corrupt commercialized system. Starting from the society and the particular government. The propaganda of the former communist regimes for direct promotion of the country, through the Olympic Games was well known (Cuba, China, Soviet Union-CCCP, East Germany-DDR, Bulgaria, and Korea).

According to Chris Tzekos track and field coach, “doped is the one gets busted as positive, at the W.A.D.A./U.S.A.D.A scheduled control process”. However, according to physician Stavros Hatzos MD, “being aware of the half life of a particular substance, plus the scheduled date of the urine drug test, we can withdraw from using it”. This practically refutes the claim of the former athletics coach, while it essentially confirms that only unannounced doping tests are effective. When referring to the half life of a substance, we practically mean the necessary time that is required for the metabolism and elimination, half of the administrated dose.

Some factors that contribute to the metabolism of a substance are: 1) hydration state,

According to the recent methods, the metabolites of AAS are now detected. Therefore, a substance may be inactive in the body for a certain period of time, which practically translates to minimal benefits for the athlete. However, months later its metabolites will betray for its use.

During the anti doping testing process, other than the metabolites of a substance, it is also carried out a hormonal measurement of the testosterone/epitestosterone ratio, which should be below six (6). Therefore, if someone uses testosterone within small amounts, T/E ratio will predict any exogenous administration.

The biological passport is an advanced detection method, with which the athlete literally gets filed. Urine samples are kept for almost a decade. So in case he/she used a banned but not detected substance back then, that s detectable now, he/she looses medals and trophies.

Apart from the classical methods of substance and metabolites detection, an athlete who uses doping will give themselves away by certain laboratory (biochemical, hormonal) hematological tests. An experienced biopathologist and sports medicine doctor, can recognize whether the athlete has used doping.

The values that will be corrupted are the following:

It is known that the AAS promote the process of erythrocytosis and cause the rise in hemoglobin. The reason why this happens is that EPO is produced by the kidney which stimulates the red bone marrow.

AAS (mainly 17 alkaloids) are hepatotoxic and increase the liver function tests (ALT-SGPT/AST-SGOT), a reaction of the liver parenchyma to their metabolism. This is first stage, known as pharmaceutical hepatitis.

The biosynthesis of lipoproteins of high and low density (HDL/LDL) is made up in the liver parenchyma. When the liver suffers from AAS use, their values get altered, resulting in the disturbance of the atheromatic index and fraction (HDL drops/LDL elevates).

The INP, APTT are clotting factors, synthesized by liver. When the liver is under strength, both the INP and the APTT increase their values, while hemostatic mechanisms get disturbed, resulting in the prolonged of   coagulation (bleeding time).

The process of homeostasis keeps a balance and whenever there is an exogenous use of AAS, the hypothalamus and the pituitary close the operation “switch” and the HPTA gets suppressed.

It is reasonable that their absolute values in serum will be increased, because of the exogenous administration of AAS, which are synthetic derivatives of testosterone.

During an exogenous use of somatomedin, the liver produces the insulin-like growth factor, also known as IGF1.This is a reliable method of using a growth hormone, reaching its peak metabolism, within two hours.